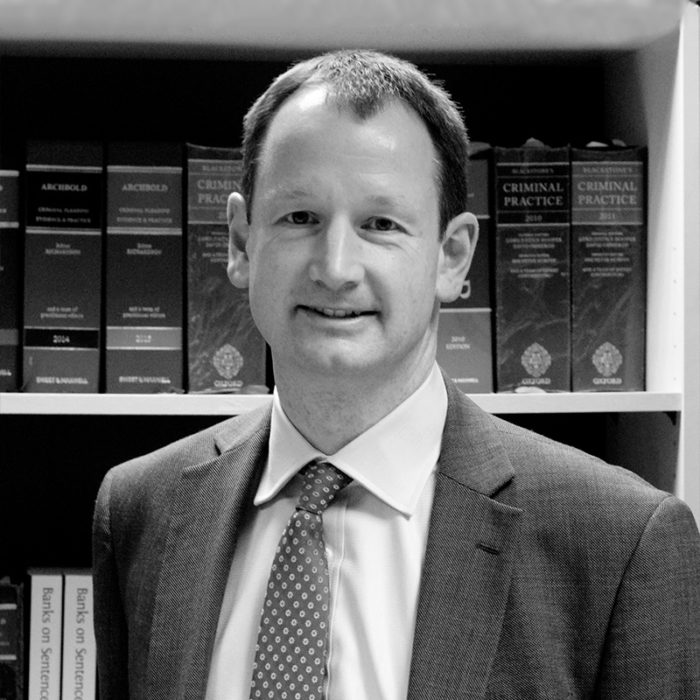 Spencer has specialised in Crown Court work for many years including a number of murders, high profile cases, large scale drugs and fraud cases and serious sexual offences.

He has a wealth of experience appearing as a Solicitor Advocate in the Crown Court and has appeared in the Court of Appeal. Spencer now concentrates on advocacy whilst still managing the Crown Court dept, supervising our four specialist caseworkers and two in-house barristers. 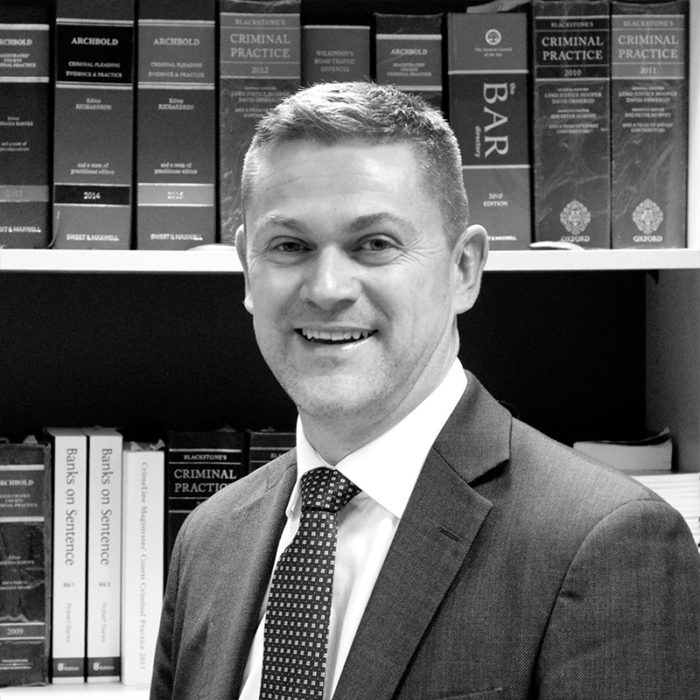 Tiernan is a director and head of the firms Prison Law Department and is also the firms Compliance Officer for Legal Practice. He was admitted to the roll of solicitors in 1991 and became a partner in 2000. He is a qualified duty solicitor and Higher Courts Advocate.

Tiernan has a vast array of experience in representing clients at the police station, Magistrates Court and the Crown Court, Tiernan now specialises in appearing on behalf of prisoners in disciplinary hearings before the Independent Adjudicator and in cases before the Parole Board. Although known for his friendly and approachable style, Tiernan is committed to securing justice for all his clients. 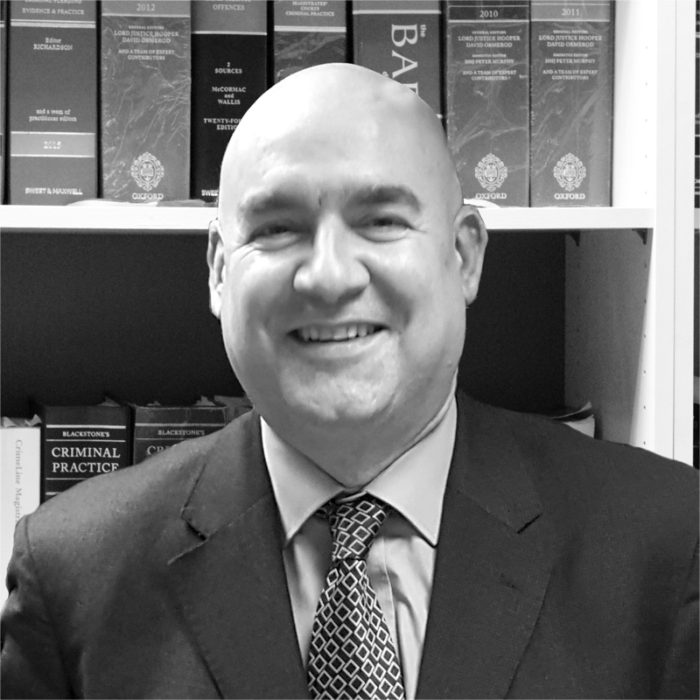 Kevin was admitted to the roll of Solicitors in 1992 and has been practising as a criminal lawyer since. A regular face in the West Midlands Courts, Kevin is known for his commitment and hard work. He attained his Higher Rights of Audience in Criminal Proceedings in 2008 and since then has extended his practice to dealing with matters in the Crown Court also. Kevin is a qualified duty Solicitor and regularly provides advice to clients at Police Stations.

Alan qualified as a solicitor in England & Wales in 1995, but is also a qualified solicitor in Ireland. He joined Purcell Parker in 1997, whereupon he developed his expertise as a criminal lawyer and advocate, specialising in motoring offences.

Alan, who is a qualified duty solicitor and Higher Courts Advocate became a partner at Purcell Parker in 2000. He often advises clients at Police Stations and regularly attends Court, both in the Magistrates' and Crown Court. Known for his friendly and personable approach, Alan always puts the client's interests first. 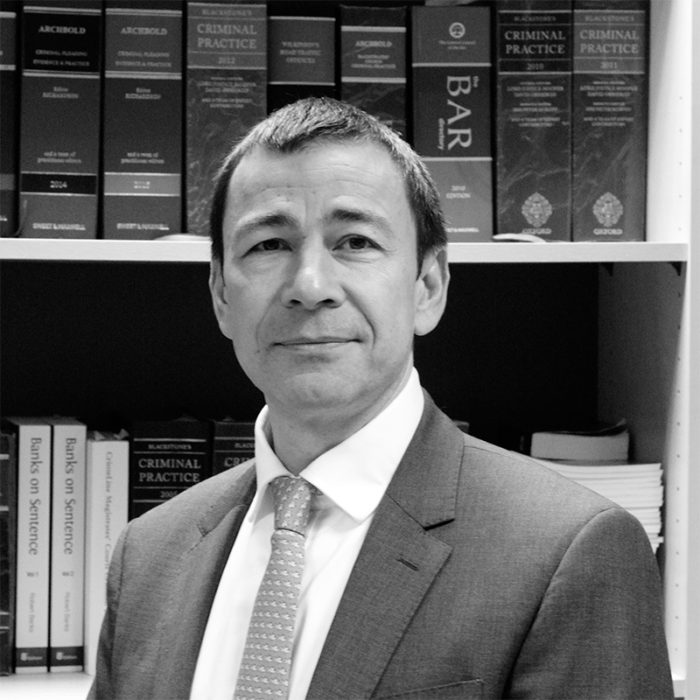 Ben joined Purcell Parker in 2000 and became a partner in 2002. A qualified duty solicitor and Higher Court Advocate (crime), Ben also supervises the Police Station department. Having spent the first 2 years of practice as a civil solicitor in Devon, Ben brings to the firm his expertise in financial services and the business world, making him a valuable asset in the firm's business crime practice. 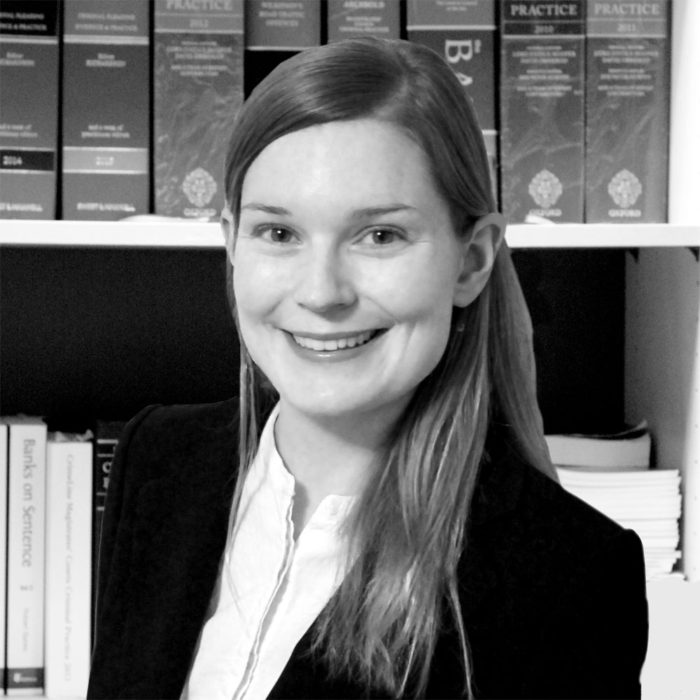 Theresa was called to the Bar in 2007 and specialises in criminal defence work in the Crown Court. Theresa appears in court for all criminal matters and regularly represents defendants in cases involving serious violence, sexual offences, drug offences and fraud cases. Theresa determinedly fights every case vigorously on behalf of each of her clients. Theresa has successfully appeared before the Court of Appeal on a number of occasions. 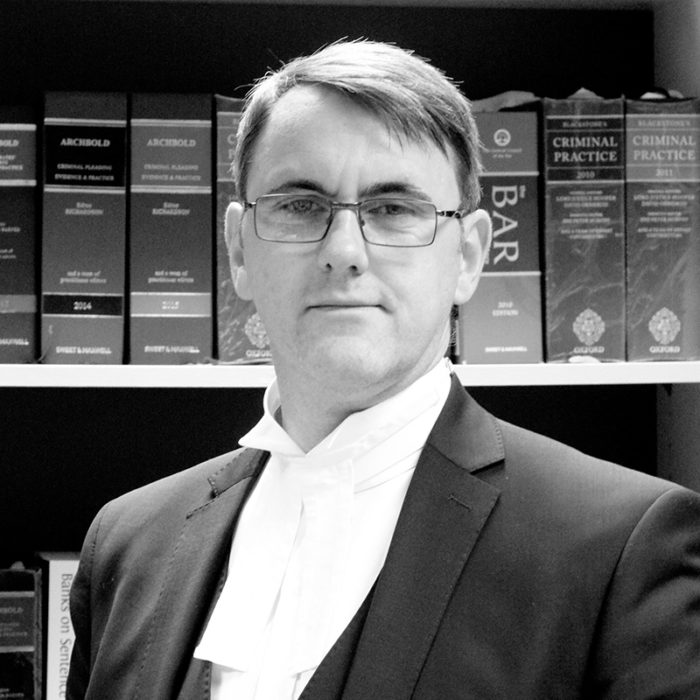 Joseph was called to the Bar in 2001 and has since continually strived to achieve the best possible results for all of his clients, whatever the stakes are. Joseph undertakes all levels of criminal work including murder, rape, cases which rely on evidence of child witnesses and cases before the Court of Appeal. Joseph previously worked in Arkansas representing clients on death row before returning to the UK and establishing a successful criminal practice. 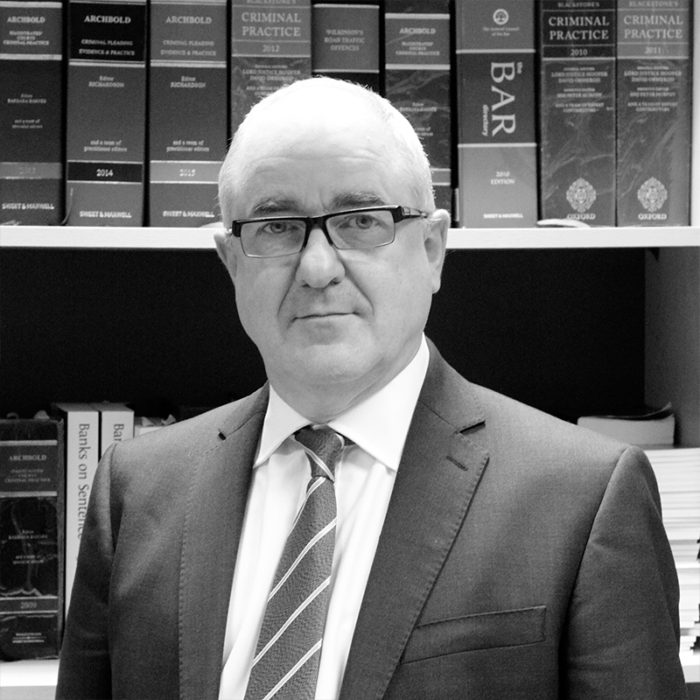 Having qualified as a solicitor in 1992 Dave has over two decades’ experience practicing as a criminal defence lawyer. He both advises at the Police Station and appears before Courts across the West Midlands on a daily basis. Dave has a particular expertise in Youth Court matters and is also a qualified duty solicitor. 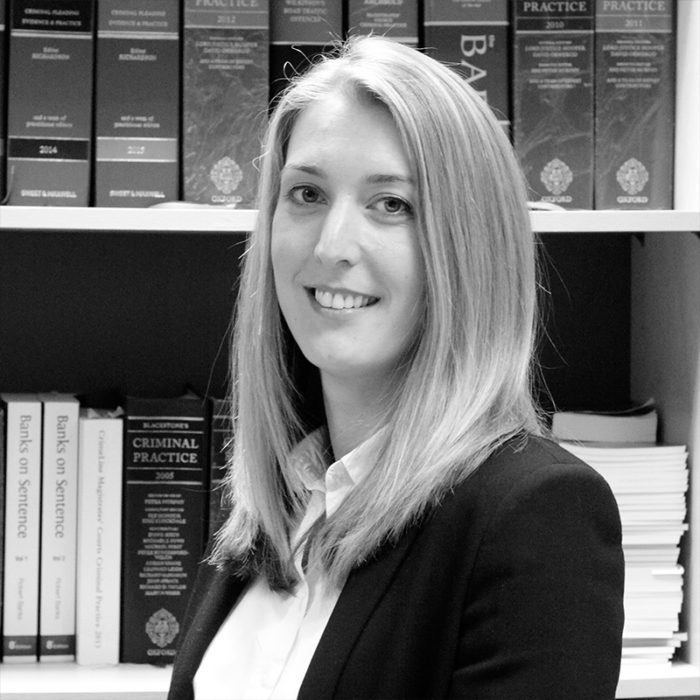 Sadie is the supervising solicitor of the Prison Law Department.

Qualifying as a solicitor in 2008, Sadie is an experienced and respected advocate, acting for indeterminate sentenced prisoners before judicial panels of the Parole Board on a regular basis.

Sadie has also been involved in judicial reviews challenging Secretary of State policy and carries out all aspects of prison law work.

Sadie is also a qualified duty solicitor and often represents clients in criminal matters at the Police Station and Magistrates Court. 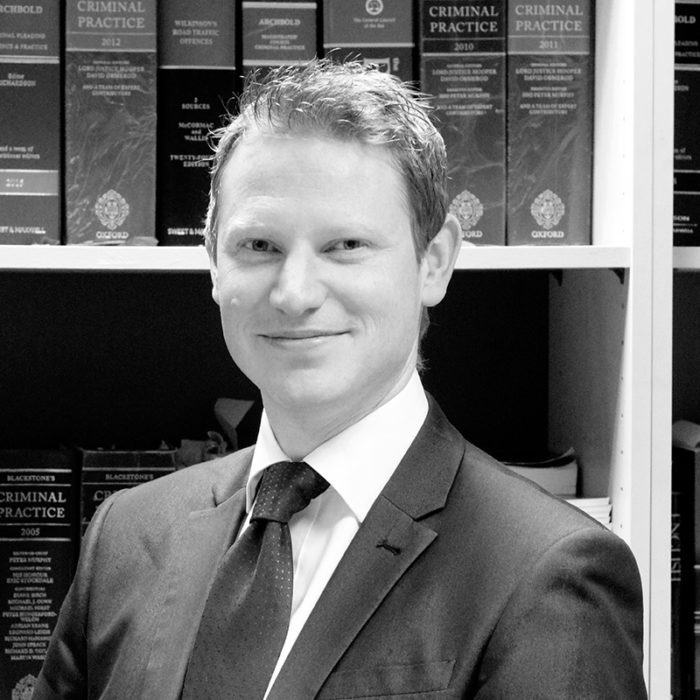 Chris completed an honours degree in Business Law in 2000, but he had already discovered a passion for criminal defence work whilst undertaking a placement at a small firm in the Handsworth area of Birmingham.

Chris originally joined Purcell Parker Solicitors as a clerk in 2000 and quickly qualified as a Police Station Representative. He spent over 6 years gaining a wealth of experience acting for clients at the Police Station and as a clerk preparing cases in both the Magistrates' and Crown Courts, before finally qualifying as a Solicitor in 2007. He completed and passed his Duty Solicitor Accreditation later that year.

Chris moved to another leading Criminal Defence firm in Birmingham in 2008, where he rose to a senior position heading up the Magistrates Court Department. Chris returned to Purcell Parker Solicitors in 2015, to take a role specializing in Magistrates Court trial advocacy.

Chris is known for his thorough preparation and attention to detail, and he is often complemented for his professional yet friendly and approachable manner. 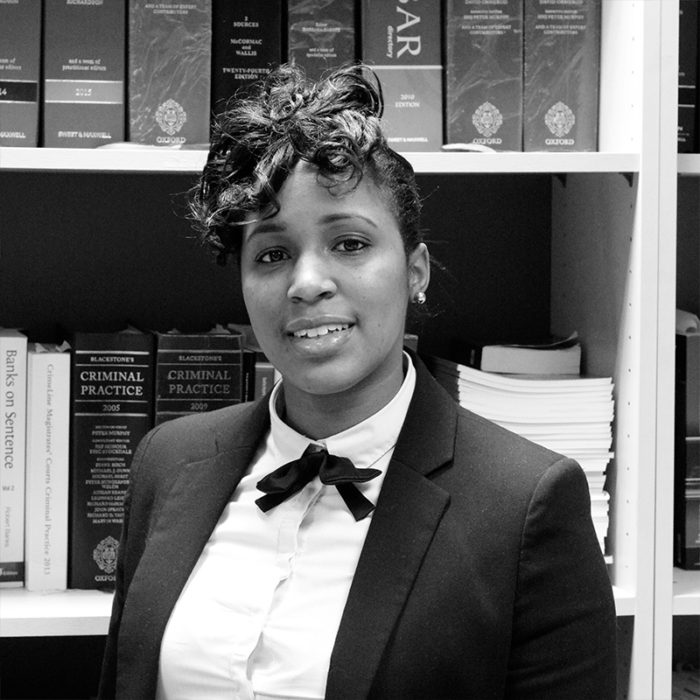 Charmaine qualified as a Solicitor in July 2010 and became Duty qualified in May 2011. She is a familiar face at local Magistrates Courts, Youth Court, Police stations and Prison Adjudications but has also represented clients throughout the country in relation to the full range of criminal and prison law offences. Charmaine has demonstrated herself to be a dedicated advocate and shows great empathy towards clients and their families who may be particularly young or vulnerable and as result has her own client following. 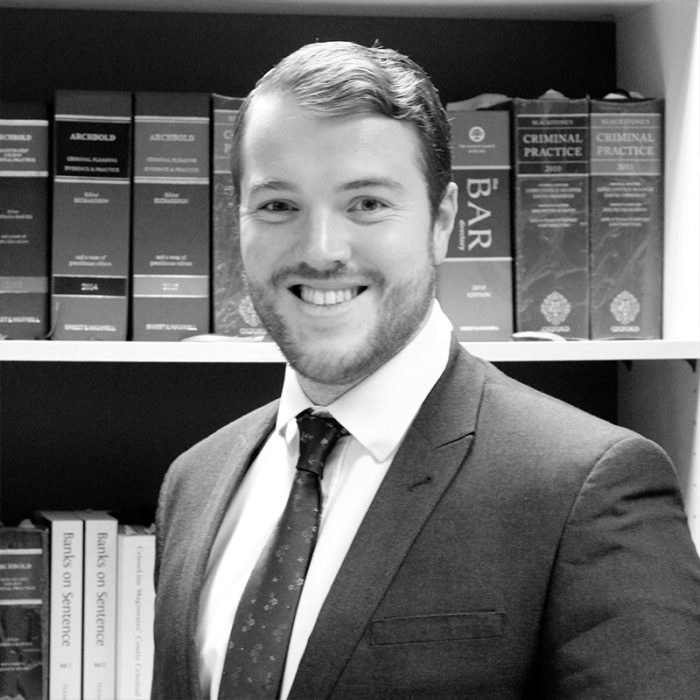 Dan graduated from the University of Central Lancashire with a Bachelor of Laws degree in 2009 before completing the LPC at the Birmingham College of Law.

He joined Purcell Parker in 2013 and was admitted to the roll of solicitors in December 2015.

Daniel works in our Magistrates Department, representing clients at all stages in the court process; from first appearance through to trial. He is also experienced in undertaking the full range of prison law work, including representing clients at prison disciplinary hearings. Daniel is a fully accredited Police Station Advisor. 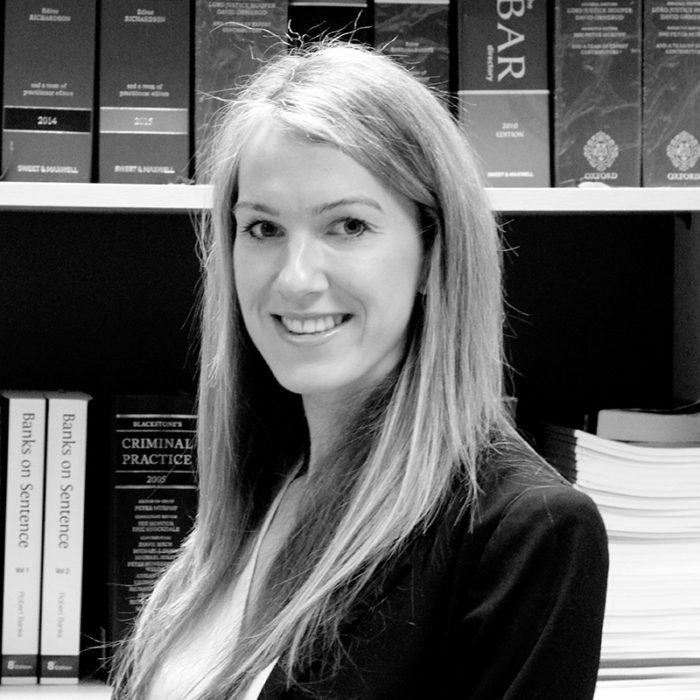 Gemma is the firm’s Office manager. Gemma forms an integral part of the management team, helping deliver the strategic and operational objectives of the firm.

Gemma is from an accounting background, having qualified as a Chartered Certified Accountant in 2007. She joined the firm in 2012 having previously spent 10 years working in Accounts and audit, gaining a wealth of knowledge across a diverse range of businesses.

Her responsibilities encompass the general running of the office dealing with financial management, property management and provision of adequate resources to ensure the efficient running of the firm, enabling the directors to focus their time on clients. 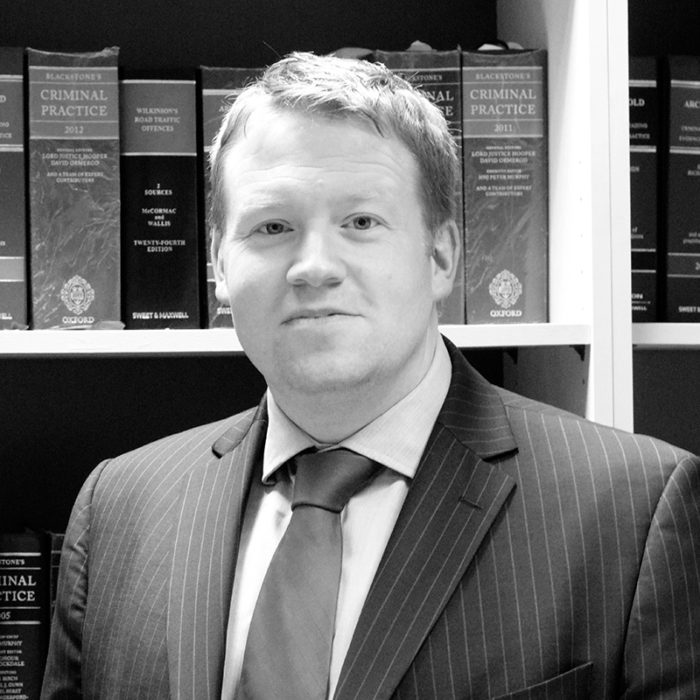 Richard joined Purcell Parker in 2001 and specialises in the preparation of Crown Court cases. He is used to dealing with defendants charged with the most serious of criminal offences including murder, serious drugs offences, serious violent crime and fraud.

Richard is an accredited police station representative with over 16 years’ experience in representing clients at the police station. Although based in Birmingham Richard has represented clients in police custody all over the country.

Qualifying as a commercial litigator in 1997, Jan was involved in high profiles disputes.
She has since specialised in prison law – and has a keen interest in prison reform and rehabilitation.
Jan advises on all aspects of prison law. She defends clients in disciplinary hearings before the Independent Adjudicator, and is an advocate for clients seeking release from the Parole Board. 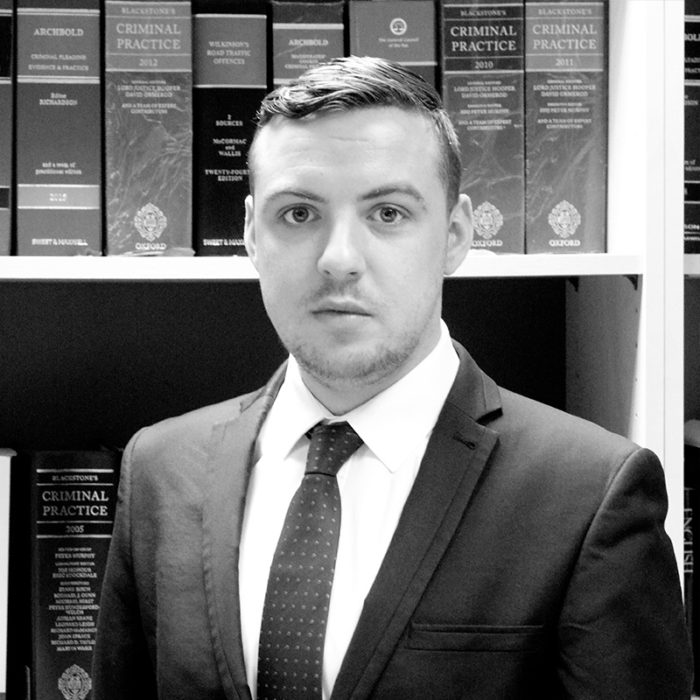 Ryan is an Associate member of the Chartered Institute of Legal Executives. He joined Purcell Parker in 2013 and works in our Crown Court Department where he has gained experience handling a full caseload of a range of criminal matters including serious offences of violence and drug offences. Ryan is also an Accredited Police Station Representative. 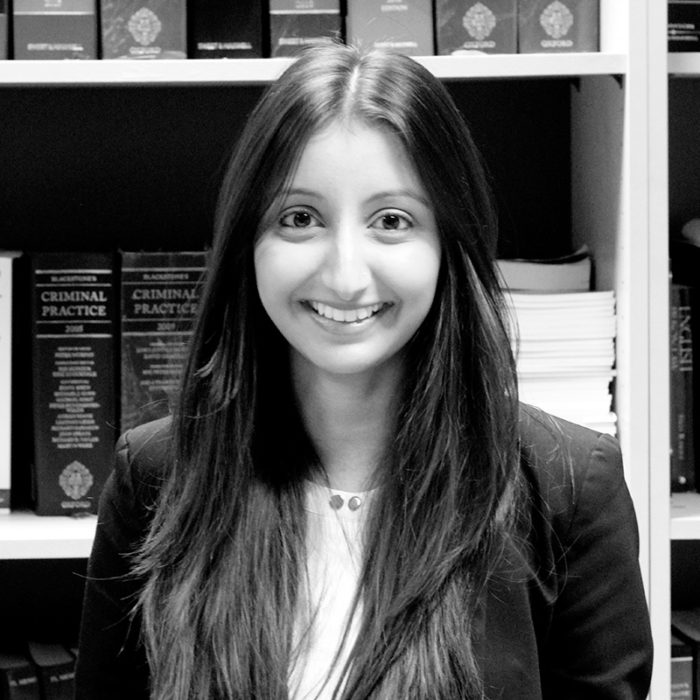 Shivali graduated from the University of the West of England with an LLB (Honours) degree in Law with Criminology in 2011 before completing the Legal Practice Course at the University of Law. She joined Purcell Parker in 2013 and she was admitted to the roll of solicitors in 2018 after completing her training contract with the firm. Shivali has obtained her Higher Rights of Audience and continues to work within the Crown Court department, whilst also appearing at the Magistrates Court as an advocate. Moreover, she is a qualified police station representative.

David has been at Purcell Parker since 2002 and has achieved his police station accreditation at this firm. He now works as a specialist police station accredited representative and has quickly built up a deserved reputation for his hard work and dedication in achieving the best possible outcome for persons detained in police custody. He has advised clients in respect of the full range of criminal allegations, up to and including murder.

I would like to thank Mr T Davis for the professional work he carried out for me. Mr T Davis was helpful and gave his all to my case. I thank him for his guidance. I would also recommend him to anyone. Thank you.

I would like to thank Sadie for the work she did on behalf of myself while I was away. Sadie was professional at all times though out that period and gave her all with the knowledge she has. I thank her for the patient's she had and the determination to succeed on the sake of myself. I recommend her to anyone.

Daniel Wayne – Thank you for all your hard work and how you updated me with every little detail.

Alan Newport – My husband and I would like to express our gratitude and utmost respect for the help and guidance you gave me. Both your support and guidance and kindness was fantastic which I will never forget.

Alan Newport – You were kind enough to help me with a court case a couple of months ago –your instant research lead to CPS dropping the case, a very satisfied client.

Sadie – Thanks for all your support over the years, you have never let me down.

Sadie – Thank you for all the not guiltys on nickings and all the hard work you’ve done for me over the years and my parole. I’ve got the best Solicitor/Prison Law Specialist in the country!

Eddie Saunders – With much appreciation for your help with my recent court case.

Richard Ellis – Thanks for your hard work.

Spencer Stephens – I have just concluded two murder trials with Purcell Parker as my instructing solicitors lasting a total of 4 months. I have been assisted by different solicitors and in-house juniors. All have consistently performed to the highest standards, their attention to details, their consideration of the client and all round professionalism has been second to none. It is so refreshing to encounter such a hard-working and dedicated team.

Kevin Good – Prompt, decisive, informative, Mr Good made no false promises and went out of his way to help in anyway he could. Couldn’t have asked for better.

Alan Newport – I’m the marine who acquired your services you did me a great turn much appreciated.

Ben Galletti – A big thank you for your fantastic effort in court!!

Ben Galletti – Just to say many thanks. I do not know how you do it….top work.