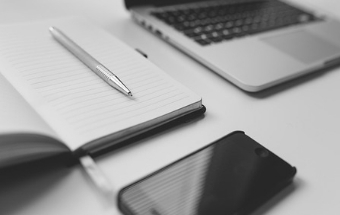 Last October, the chancellor Philip Hammond announced new measures to clamp down on tax evasion, with a target of raising £2.1 billion by 2023. Narrowing what’s known as the ‘tax gap’ has already resulted in success, with Her Majesty’s Revenue and Customs (HMRC), announcing a gap of 5.7% between 2016-2017 last summer. To put this into context, if the gap had remained at 2005/6 levels, this would have resulted in a loss of £71 billion that could have been spent on public services.

Tax fraud lawyers on your side

Tax fraud is an emotive subject and offences can result in hefty fines and even prison sentences. If you find yourself the subject of a tax fraud investigation, it’s crucial to contact a specialist tax fraud lawyer as soon as possible. At Purcell Parker, we have a wealth of experience in tax fraud and tax evasion cases, including large scale and complex cases. We can meet you outside of working hours to discuss your case and we may be able to provide you with a competitive fixed-fee quote.

Both these terms are used to describe the underpayment of tax by individuals and organisations; the crucial difference is that tax avoidance is legal while tax evasion is illegal. However, although this may sound like a cut and dried difference, the reality is that in some cases, there can be a grey area between the two terms.

Tax evasion is defined as the deliberate and illegal non-payment of tax by deliberately concealing income or funds. Tax avoidance can happen as a result of human error such as forgetting to fill in a tax return on time, poor record keeping or failing to register a new business. However it’s important to remember you can be investigated by HMRC even if the tax avoidance in question is the result of an honest error.

The grey area between tax evasion and tax avoidance usually occurs when it comes to loopholes in the law that some wealthy people have been known to use to their advantage to reduce their tax bills. While there is nothing wrong with high net worth individuals taking financial advice in order to arrange their affairs in the most tax efficient way possible, the HMRC website defines tax avoidance as ‘operating within the letter, but not the spirit, of the law’. The high profile ‘Paradise Papers’ cases publicised back in 2017, which named celebrities like Bono, Madonna and Lewis Hamilton in connection with such schemes, brought the issue to the public’s attention and put pressure on HMRC to target tax avoidance activities which, while technically legal,  were widely felt to be dishonest and unfair.

Although the public can be cynical about these kinds of cases, valid defences can be built in certain circumstances. One example is when it can be proved that the accused person was taking financial advice from a trusted advisor. Indeed, in some cases the defendant may not even have been aware of the financial transactions in question. A famous example of this is the 2012 tax evasion trial of the former football manager Harry Redknapp who was acquitted after testifying that he relied on his accountant to manage his financial affairs to the extent that he was unaware of a £70,000 bonus that had been paid to him by Tottenham Hotspur and the fact that he hadn’t been paid for his column in The Sun for 18 months. Of course, most people have to keep a much closer eye on their financial affairs, but this case proved that it is possible not to have knowledge of financial transactions that have taken place in your name.

As we have seen, many instances of tax avoidance are perfectly legal. For example, there is nothing wrong with opening an ISA account in order to ensure your savings are tax free. Also, although you have to tick a box when filling in a tax return confirming that all the information you have provided is accurate, human error is always a possibility. Also, it’s important to remember that HMRC recently publicly proved its own potential for making mistakes with its erroneous late penalty notices, so the possibility of errors on HMRC’s side should always be considered.

Unfortunately, if you do suddenly realise that you forgot to file your tax return when you wake up on February 1st, you will still have to pay the late penalty fee. However, if you or your business is being investigated by HMRC for more complex reasons, we can help. Every case is unique but common scenarios include:

Can HMRC bring criminal proceedings against me?

In a word, yes. Although this is an unusual step, HMRC is a powerful investigating body with the power to instigate a criminal investigation in serious cases of tax fraud. However, most HMRC investigations, including serious cases, are civil investigations, kept under review in case the need to launch criminal proceedings should arise. However, given HMRC’s powers, it’s crucial to speak to a specialist solicitor as soon as you find out that your financial affairs are being investigated. At Purcell Parker we can help with:

Tax law can be a complex area and being investigated is always stressful. At Purcell Parker we recognise this and will keep you fully updated with all aspects of your investigation. To do this we require full disclosure from you in order to pursue the best course of action within the framework of the type of investigation you are subject to.

In cases where the suspected loss of revenue involves significant amounts of money you may be subject to a Code of Practice 8 (COP8) investigation, which is often used for those suspected of taking part in a tax avoidance scheme but not necessarily fraud. If the investigation against you has been opened as a Code of Practice 9 (COP9) then you have the option to deny the allegation of tax fraud this entails or admit it and reach a financial settlement in exchange for immunity from prosecution in relation to the specific investigation. Again, at Purcell Parker, we can draw on our extensive experience to advise on the right course of action for your specific circumstances.

As we have seen, there is a system in place for settling tax evasion cases without having to go through the stress and significant extra expense of appearing in court. However, in situations where cases do go to court, tax fraud penalties can include:

Get specialist advice on your tax fraud investigation